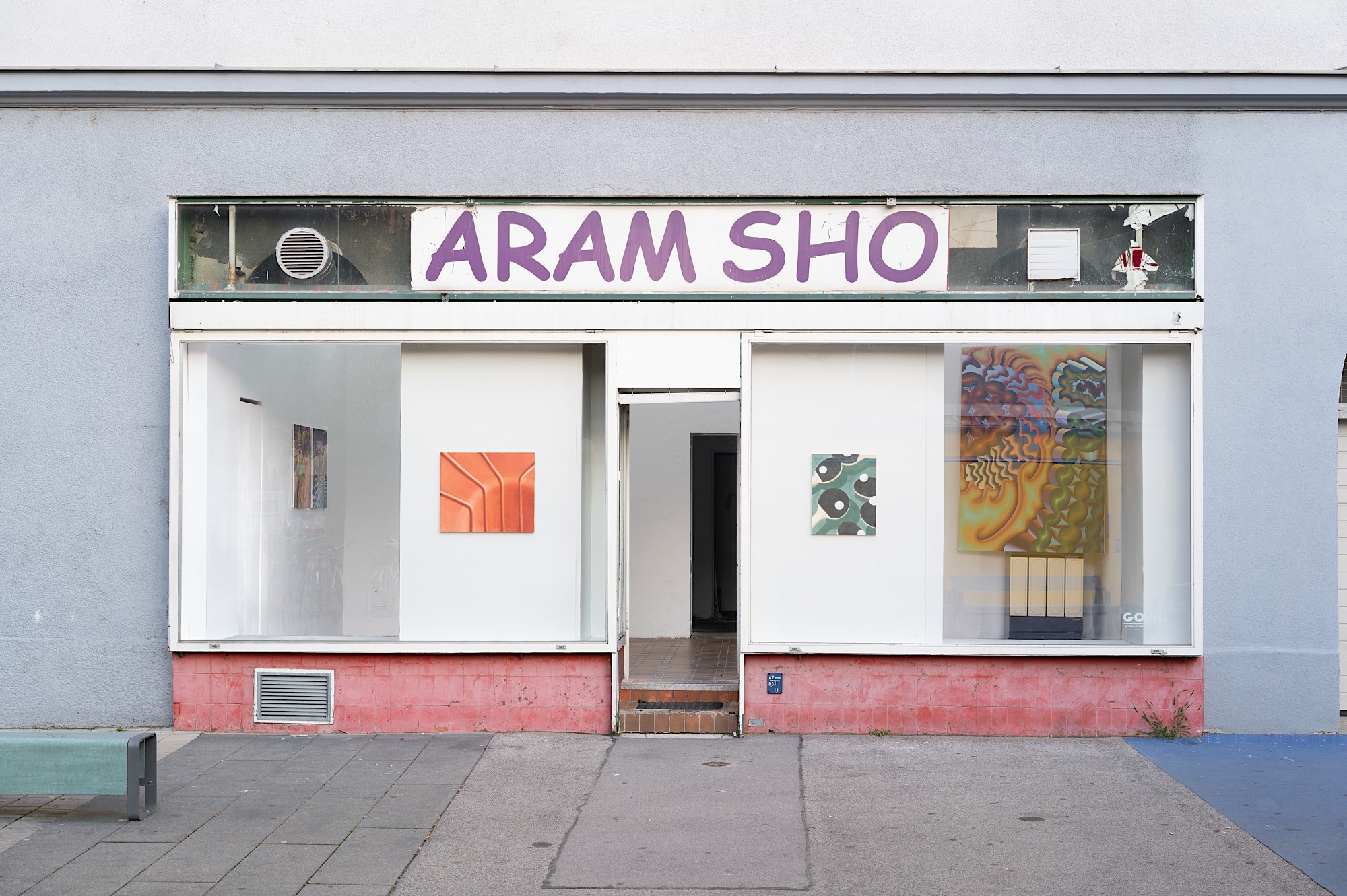 Together these stages between reality and imagination form a triangle where either all or "none of these things" are real. 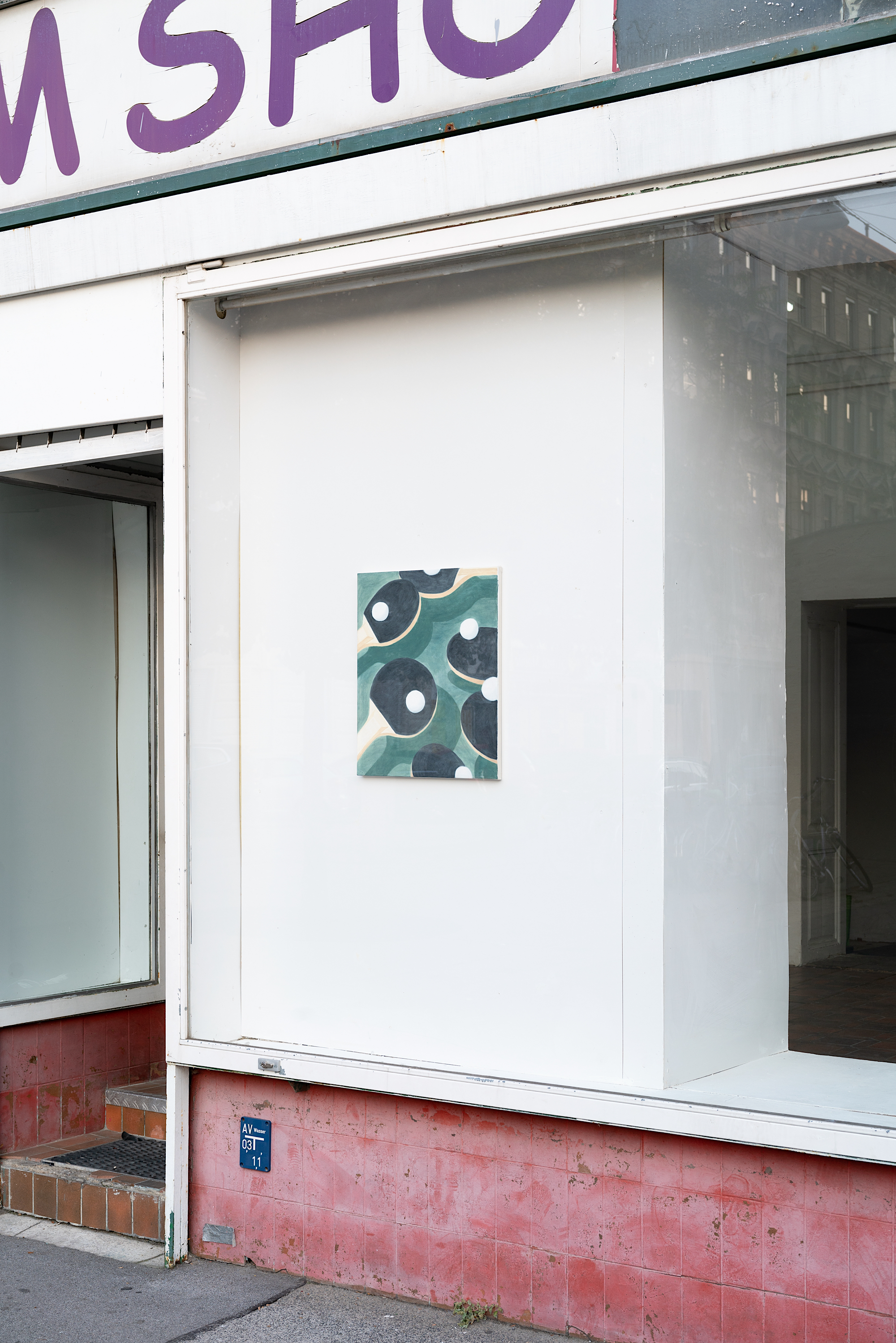 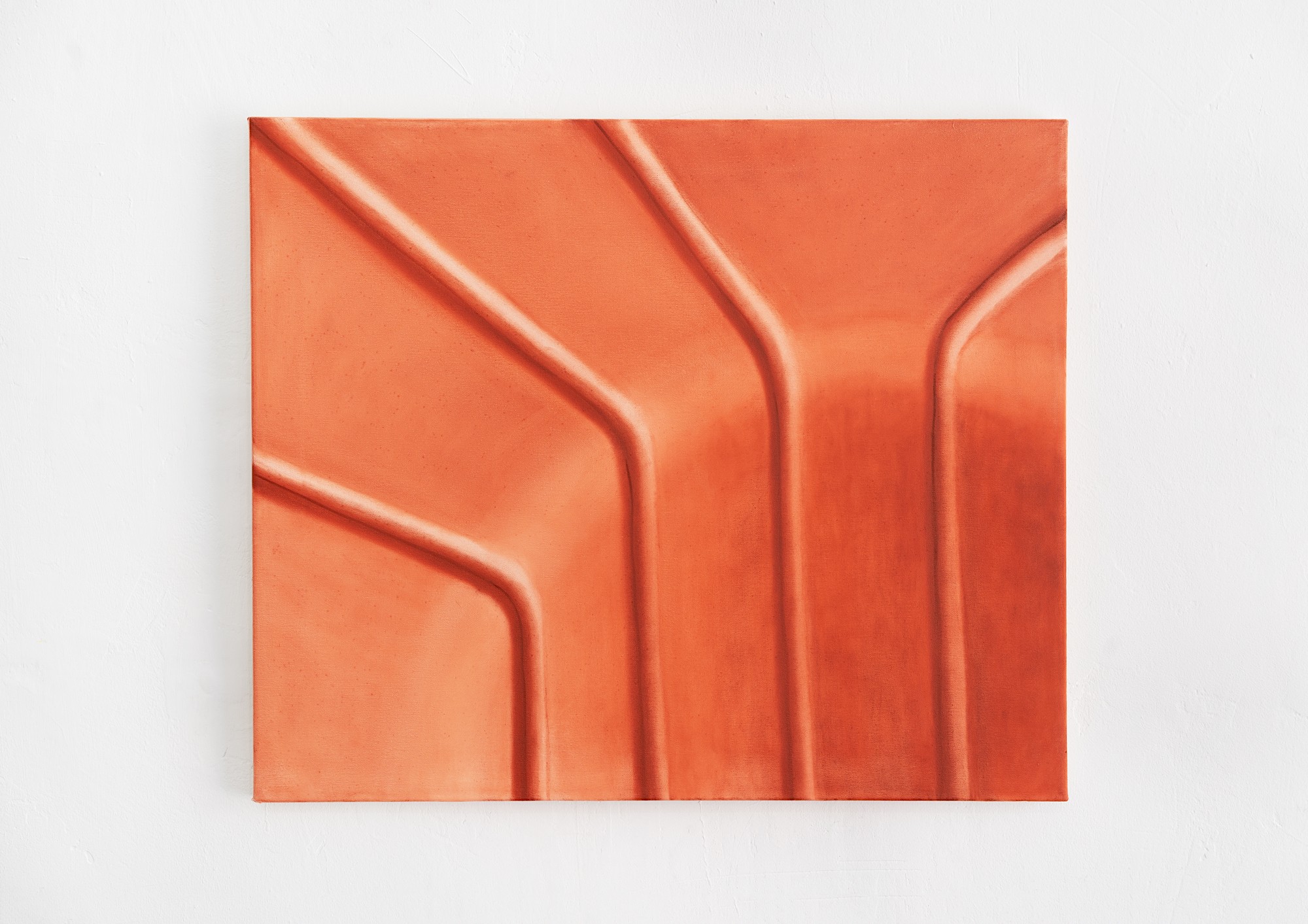 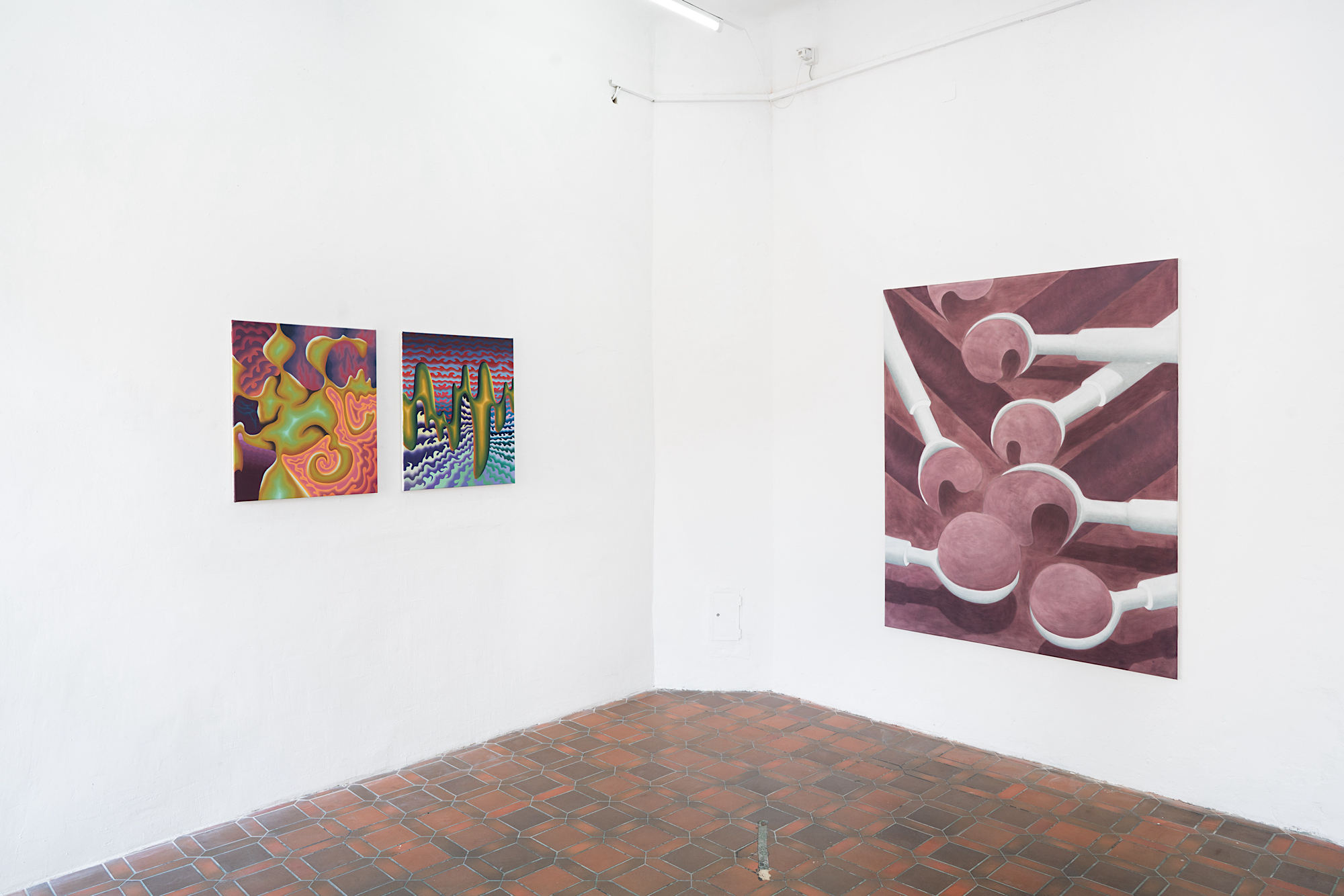 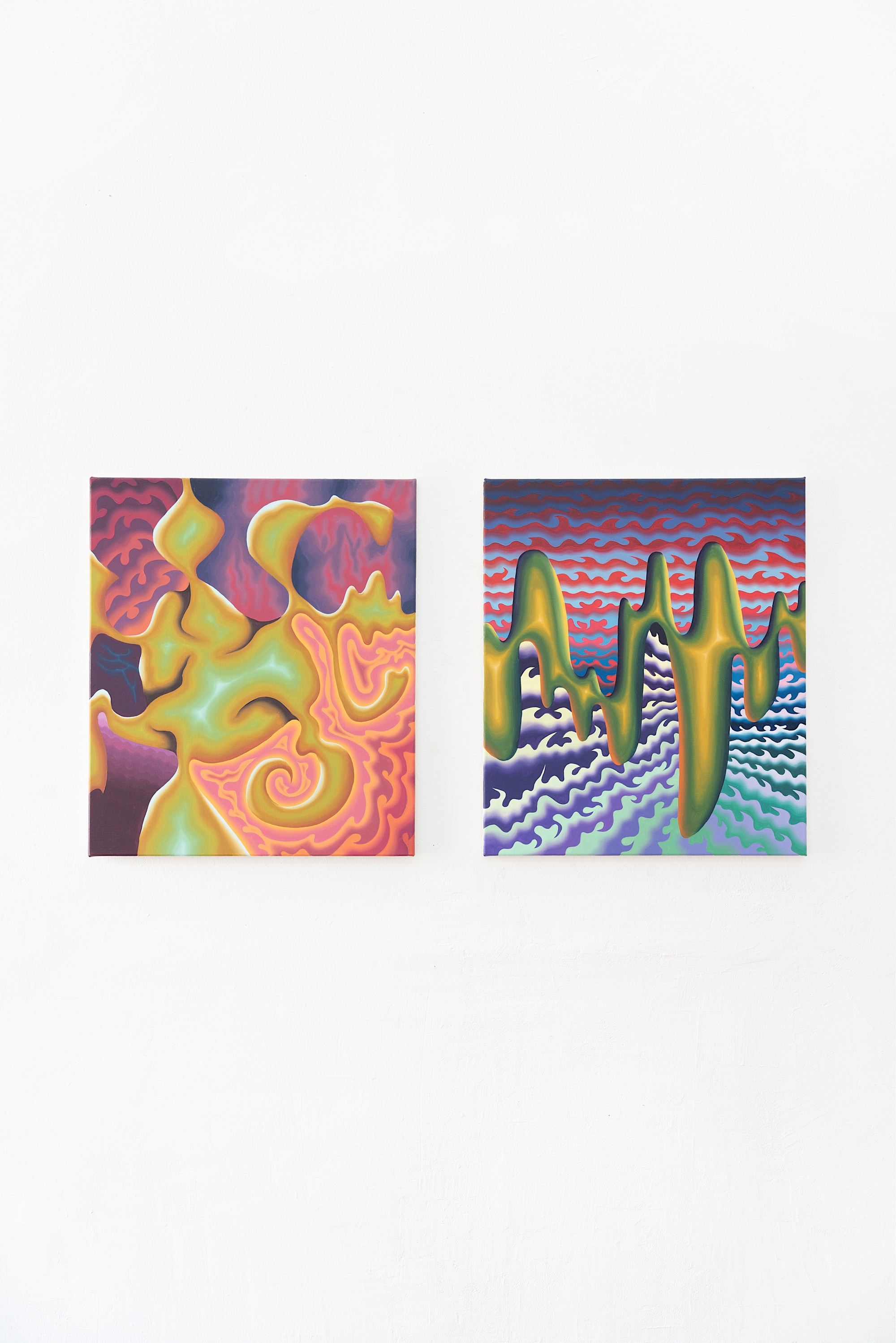 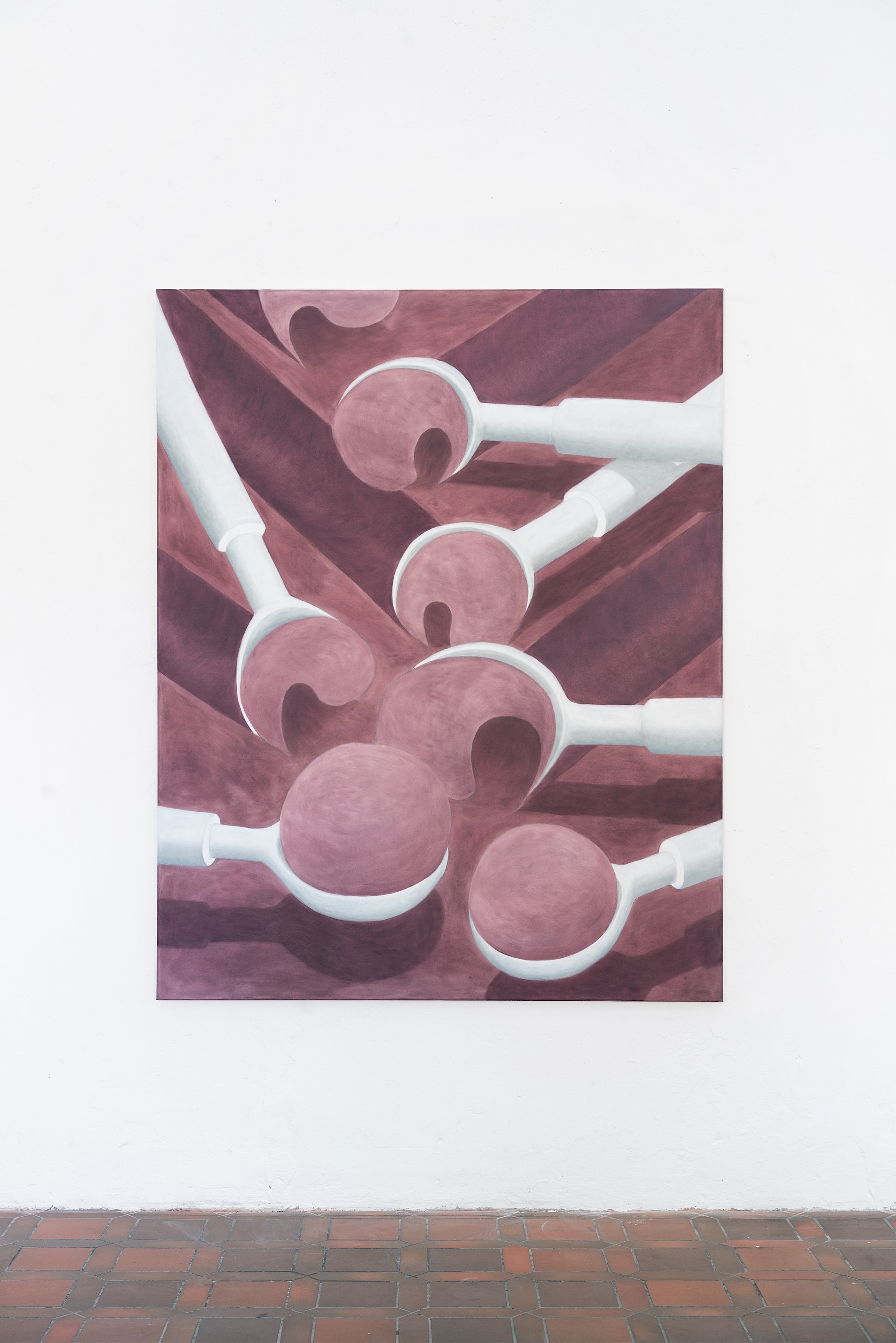 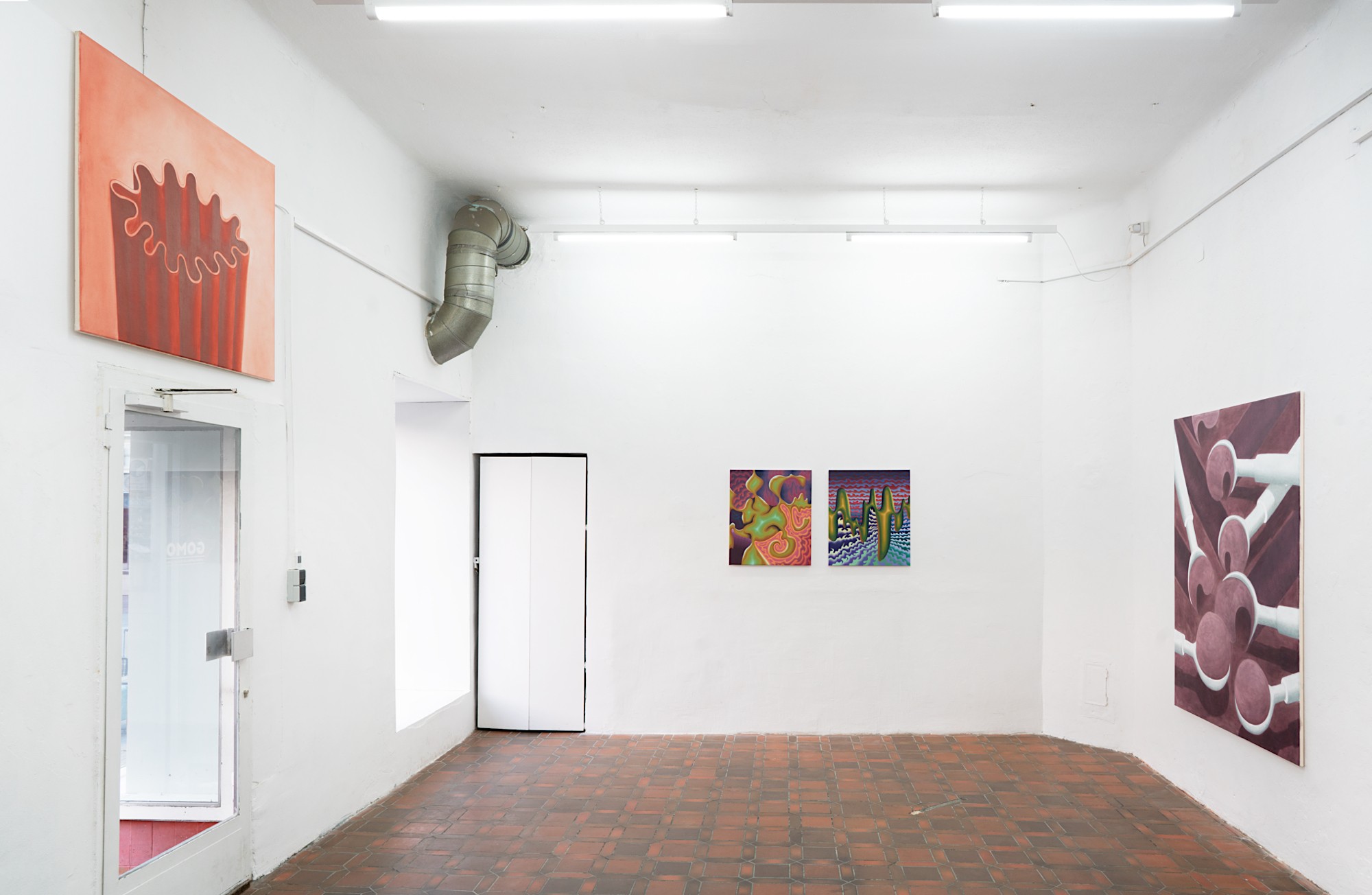 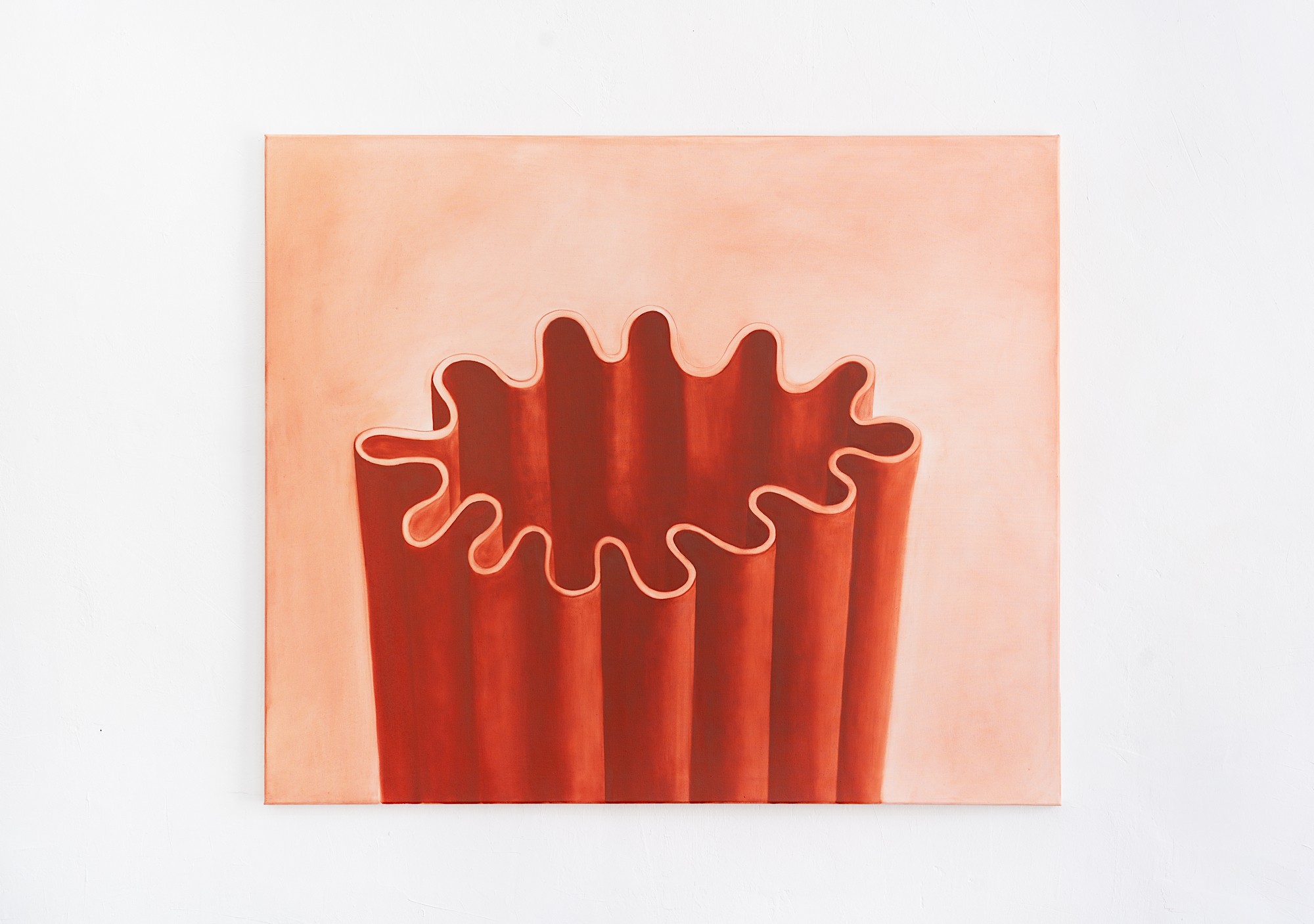 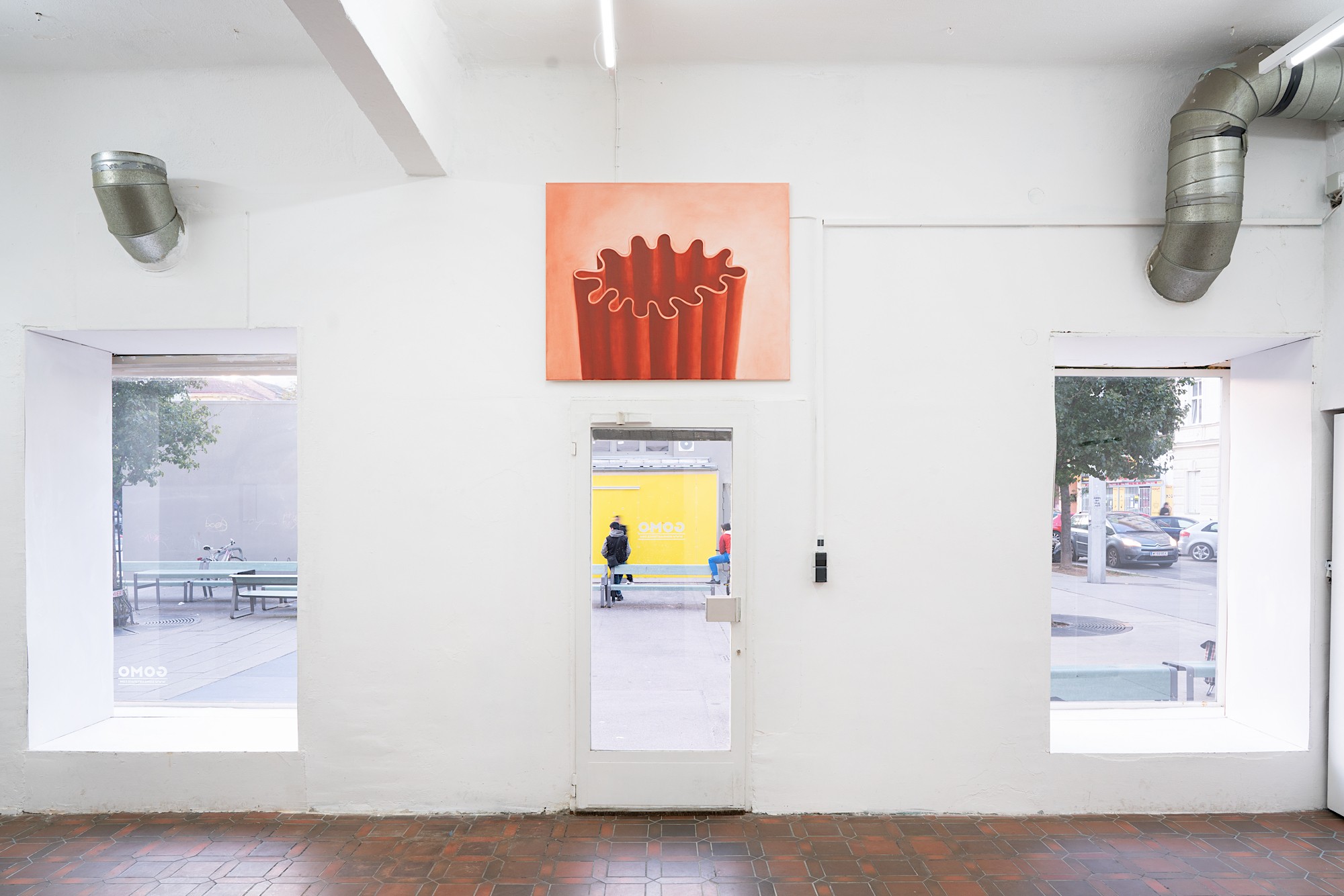 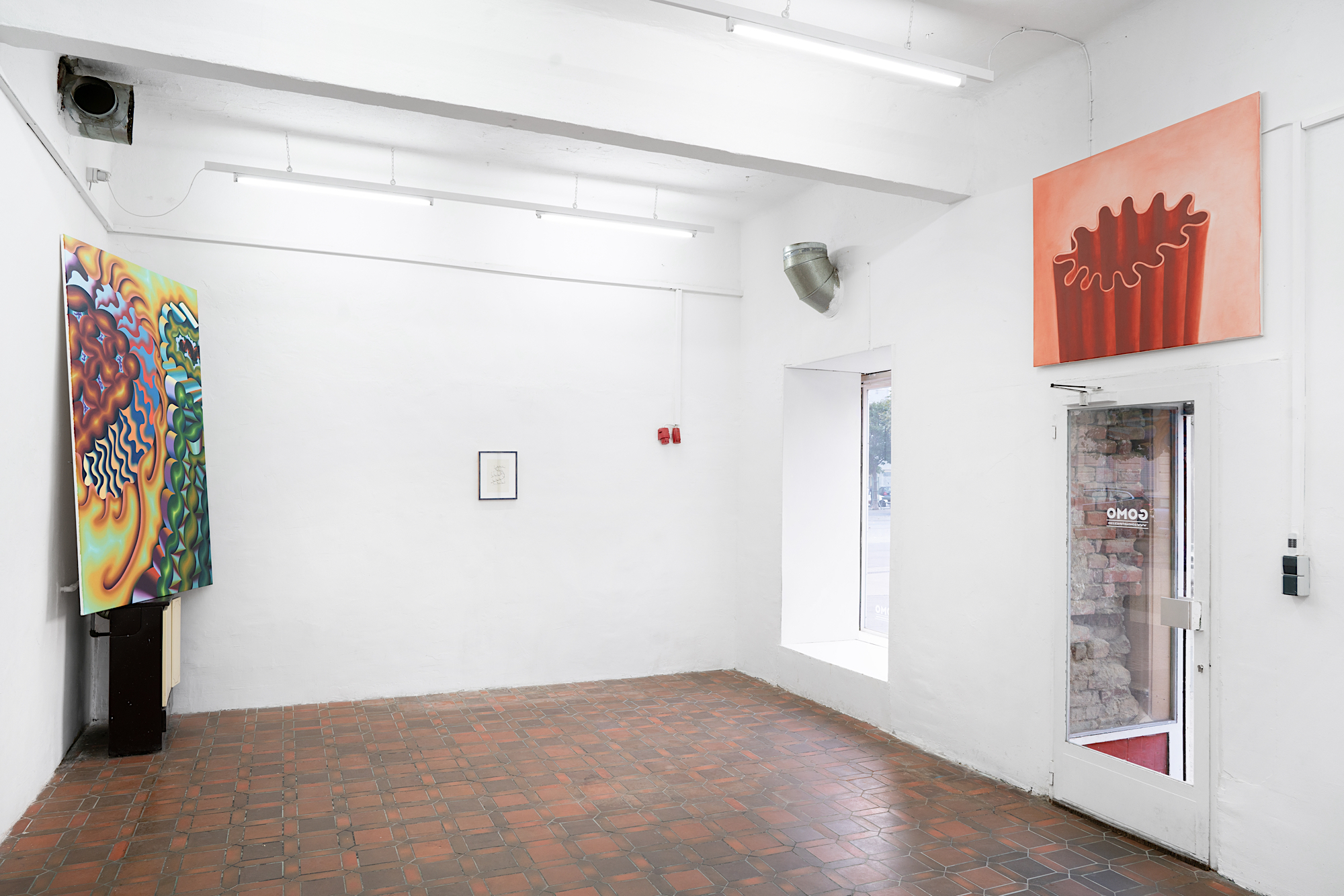 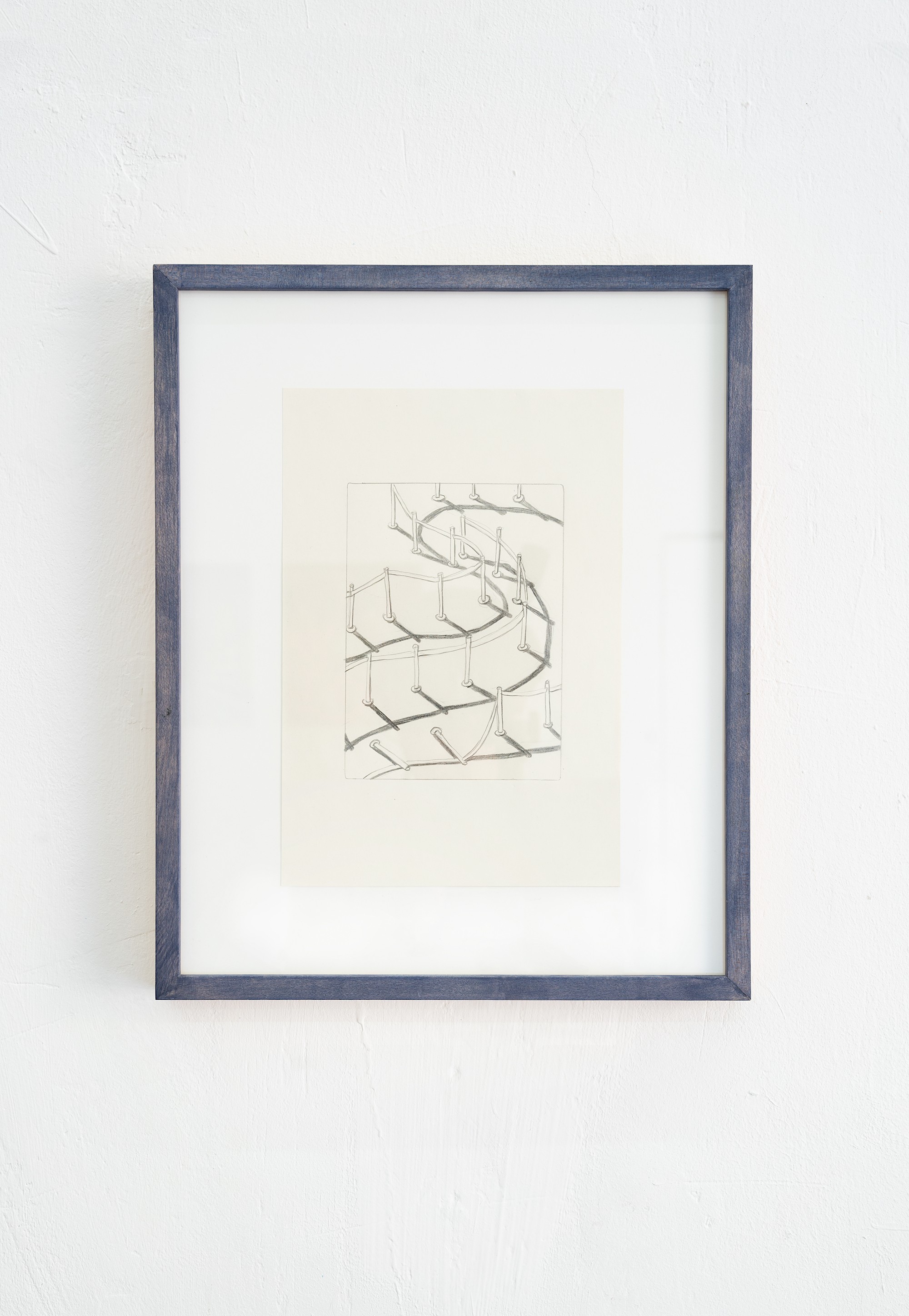 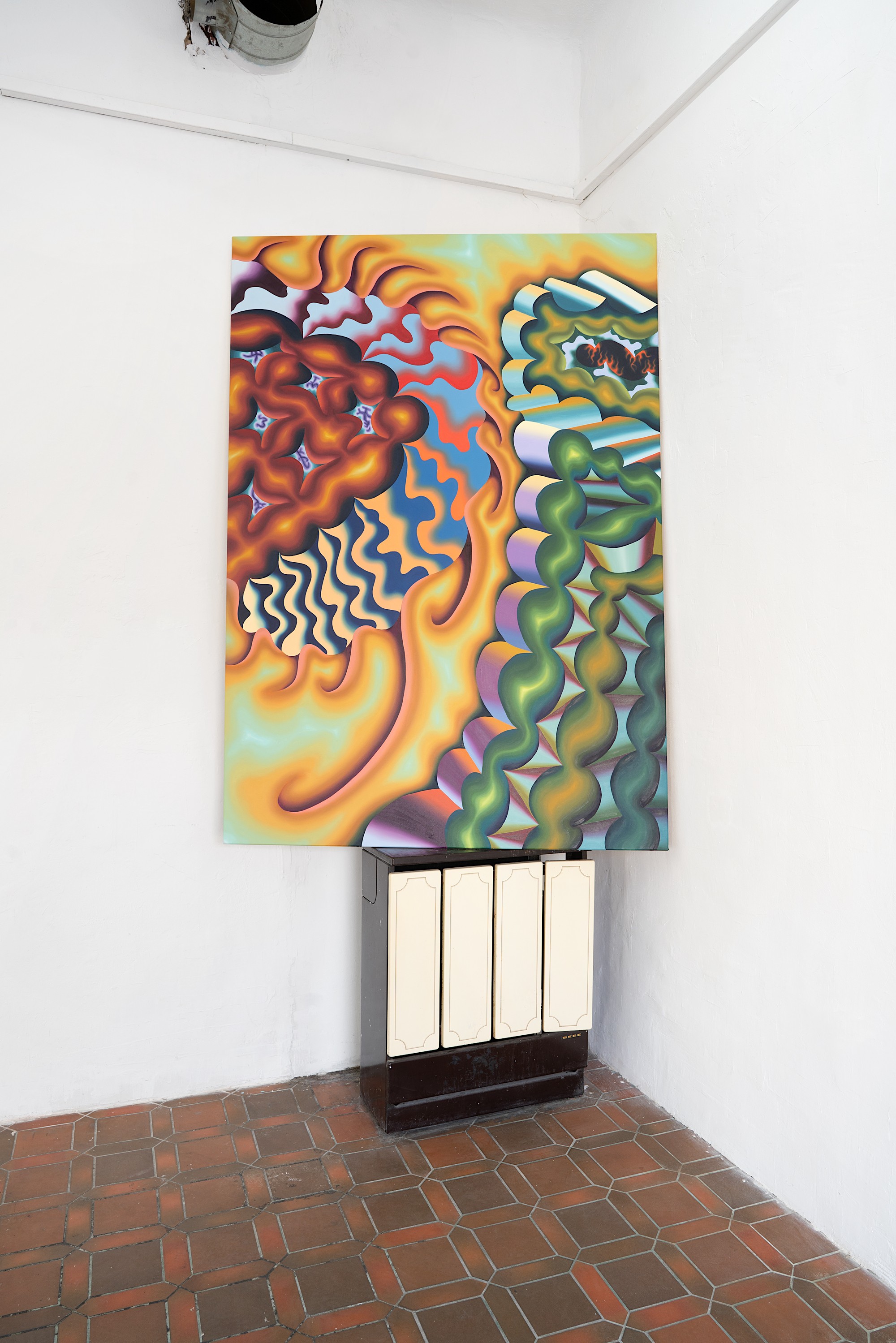 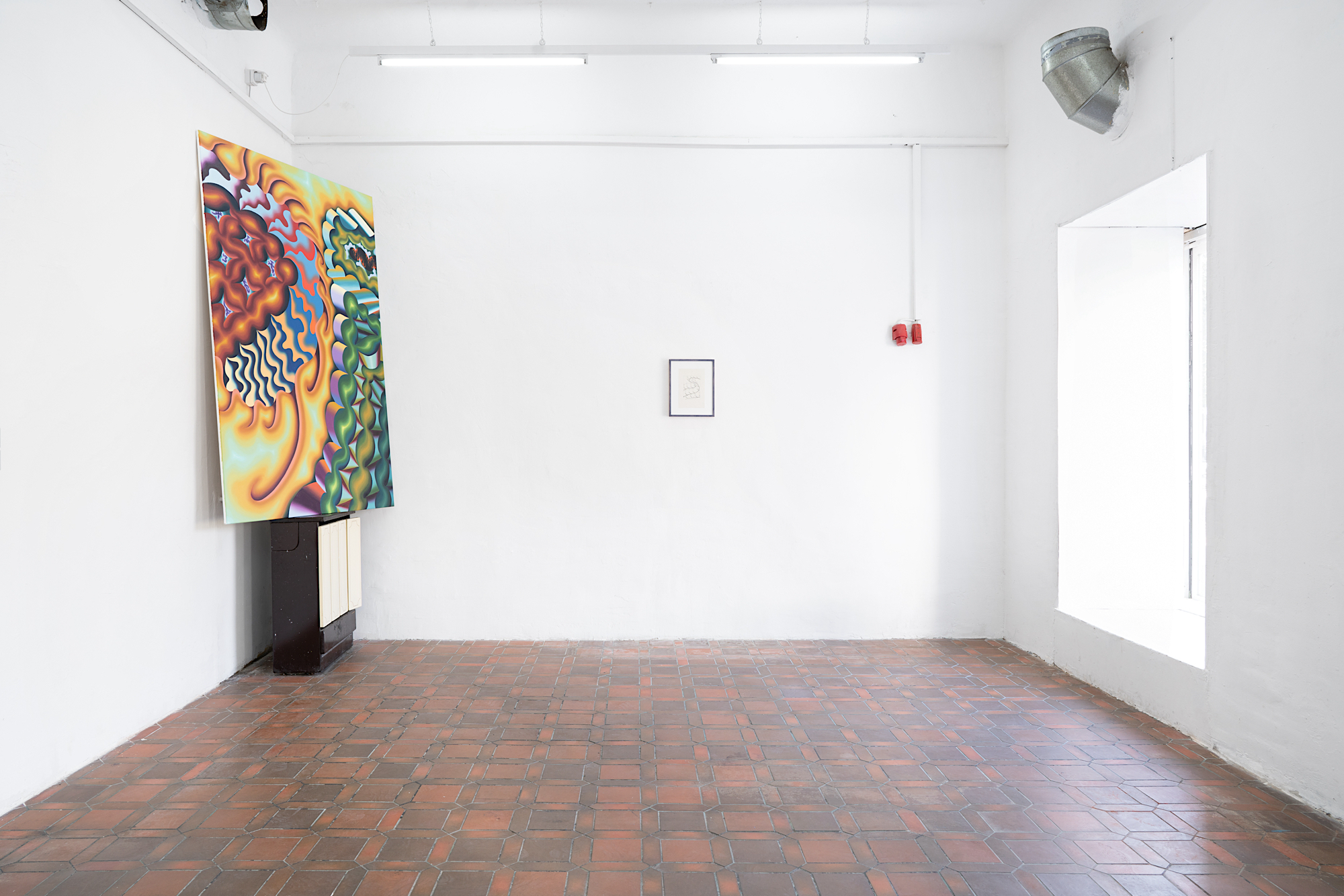 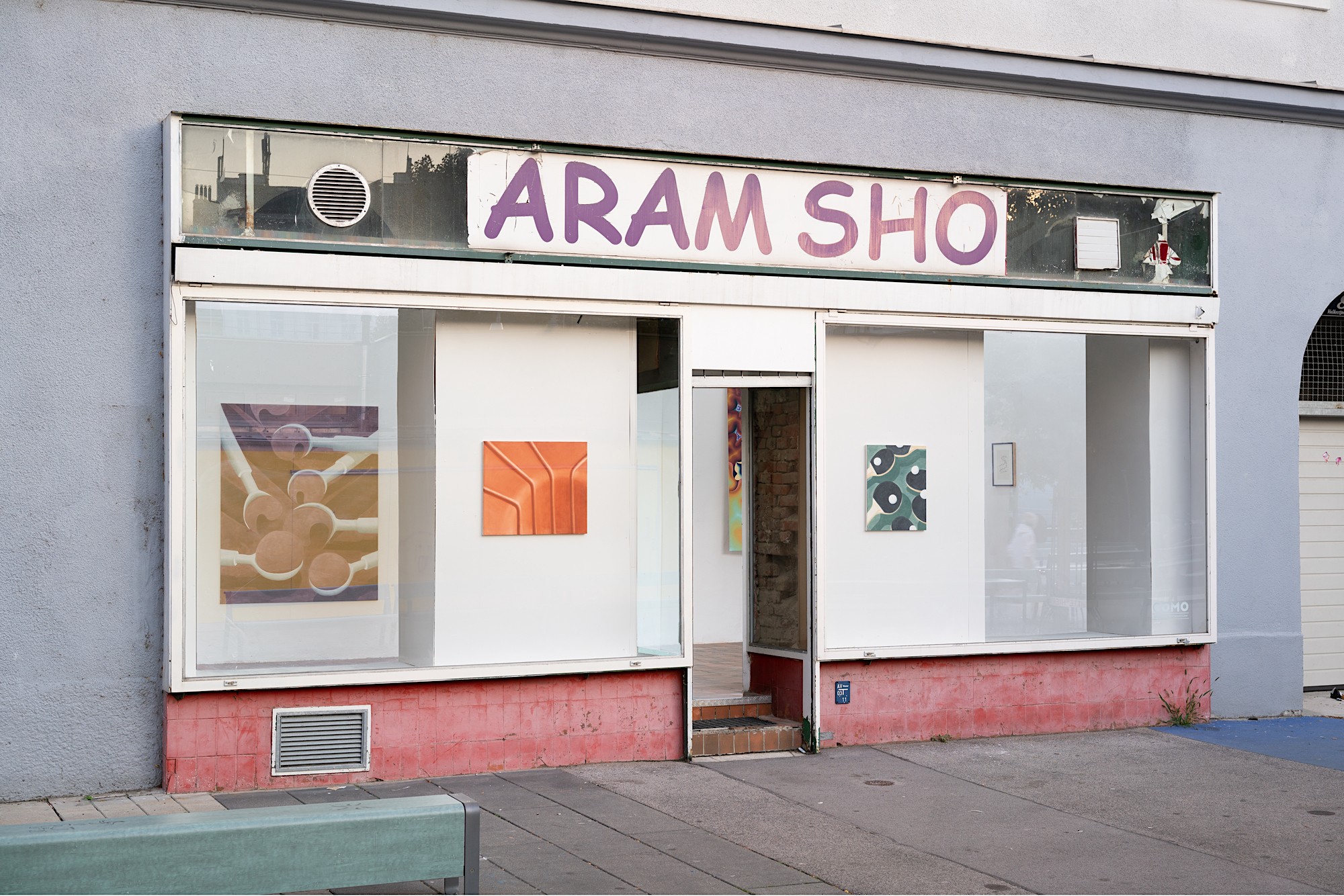 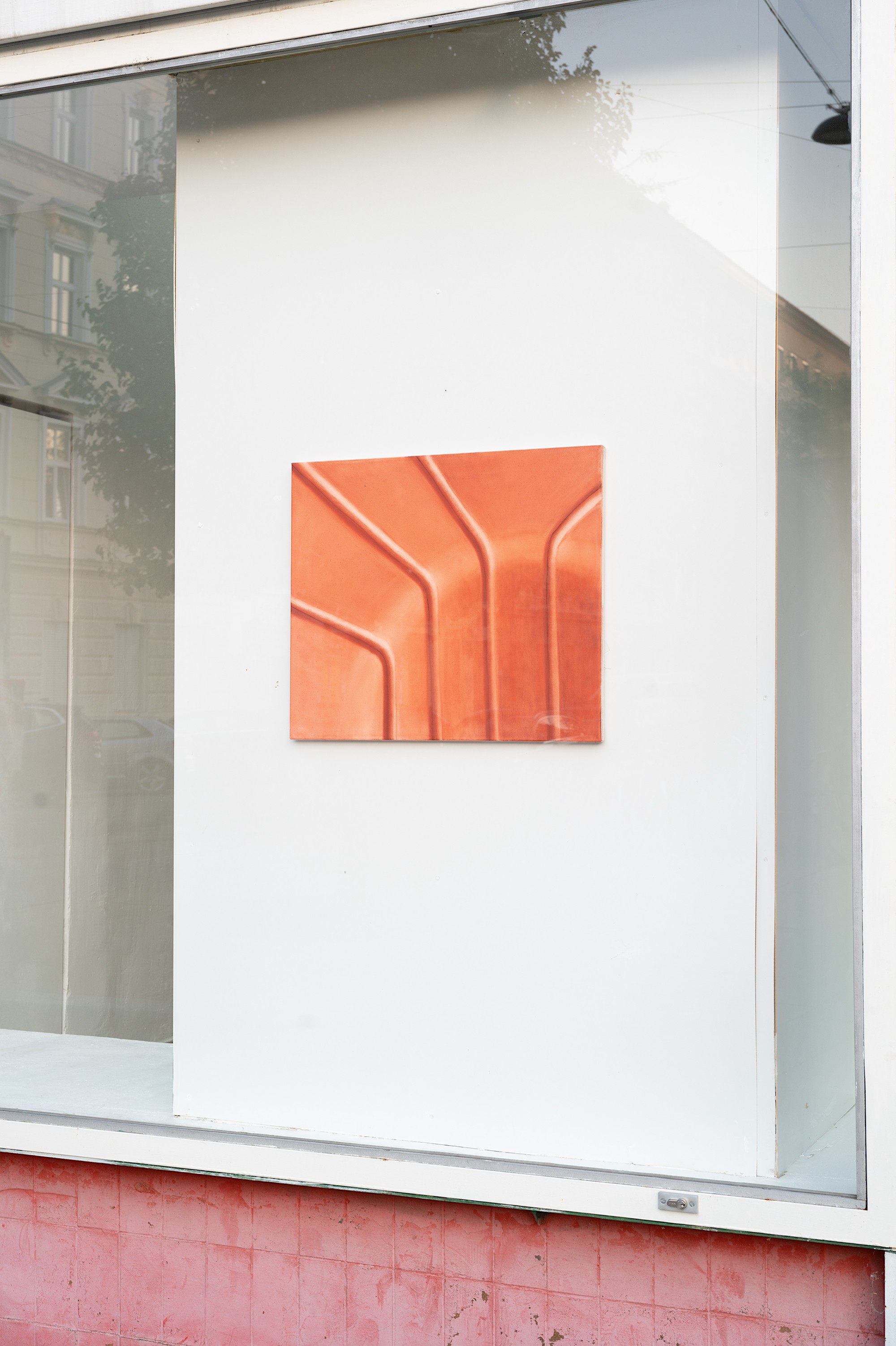 The exhibition „None of These Things“ shows paintings by Antonia Freisburger, Pia Krajewski and Antonia Rodrian and deals with the line between observation and fiction.

While Freisburger’s paintings have their origin in the pure unkown, the imagination of other spheres, unearthly materials and untouchable universes, Rodrian’s paintings seem to show the opposite: precise objects and human acts.

The core of Krajewski’s paintings as well appears to be located in earthly realms. She depicts details of surfaces and objects – unclear if made by humans or nature.

However, in the works of all three painters reality does not rule over imagination. Even if there are groups of human objects or tools in Rodrian’s paintings to be observed, they seem to become part of a fiction, in which they turn into a mere idea of the thing they used to be originally. Shadows follow compositorial decisions and the objects themselves lose their sole purposes, they rather dissolve into a collective and simple act.

At first glance, Krajewski’s images seem to follow a constructive logic, as if they had a distinct model, a form Krajewski might have found wandering through a forest or watching the details of a wrinkled shirt. But by closer observation her objects do not have a direct origin and are rather formed by a collection of observations and imaginations.

All three artists use spaciality in their paintings to free their images from a precise location or time. In Krajewski’s unicoloured paintings the space dissolves any idea of scales or proportions, like looking on a tiny detail through the lense of a miscroscope or being emersed by a giant organic cloth. Similarily Freisburger’s paintings offer no clue to the dimensions of her images. The observer might be overcome with the idea of being lost in a vast unkown universe by the endless view into her colour gradients. On the other hand, her forms could allude to the opposite direction of the scale: observation of the tiniest form of otherwordly life. Though abstract, her paintings do seem to have a concreteness. Just one we are not familiar with. In Rodrian’s paintings the monochrome space surrounding the depicted objects might relate to a stage onto which the objects step to perform their assigned functions, opening the space for fiction and abstraction rather than reality.

In the exhibition, paintings of objects as traces of humanity or extensions of human bodies and interactions meet painted surface structures or details of haptic volumes that have left their functional attributions behind and moved closer into abstraction, as well as images of completely nonhuman shapes and cosmic notions.

Together these stages between reality and imagination form a triangle where either all or „none of these things“ are real.