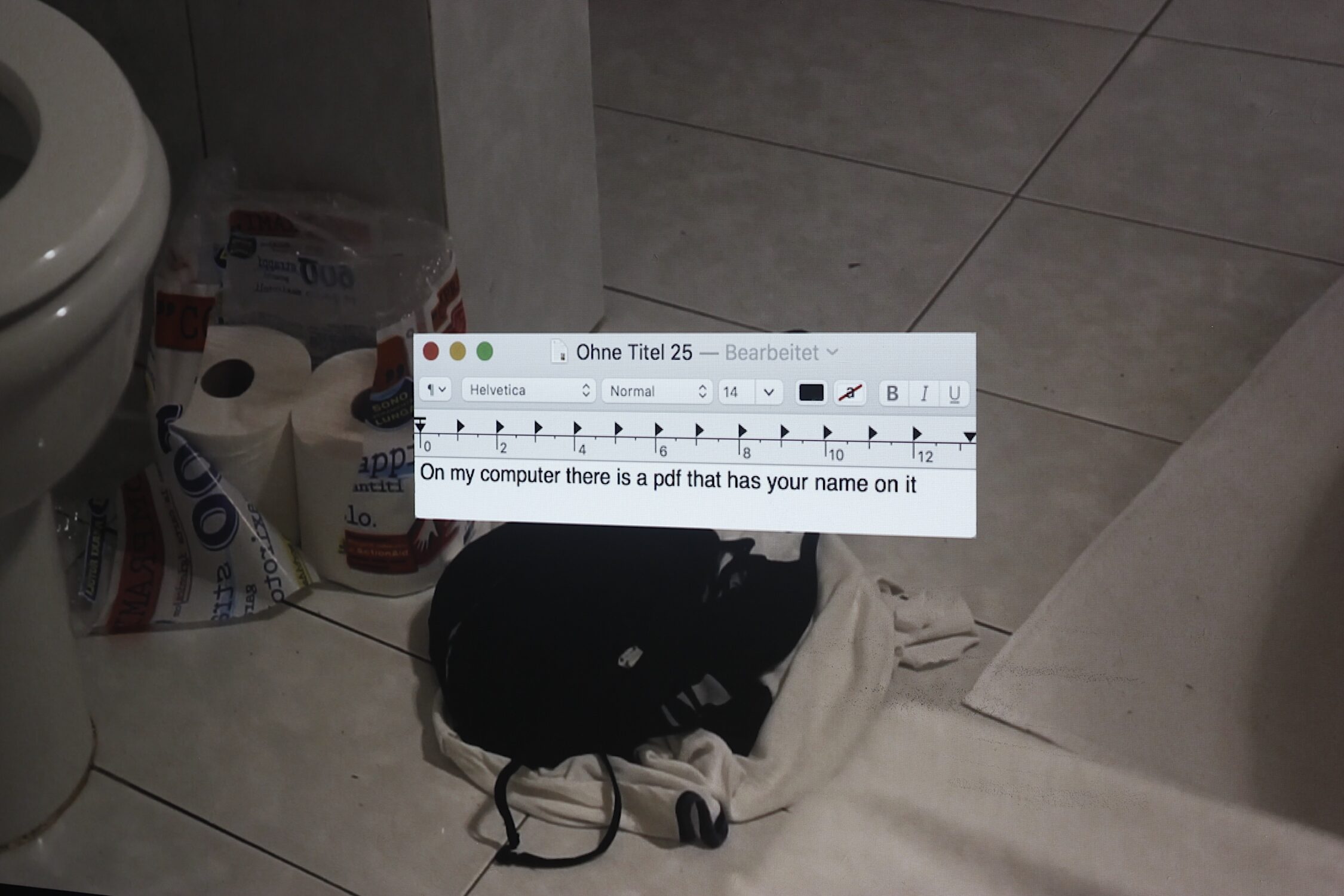 Female monsters take things as personally as they are. They study facts. 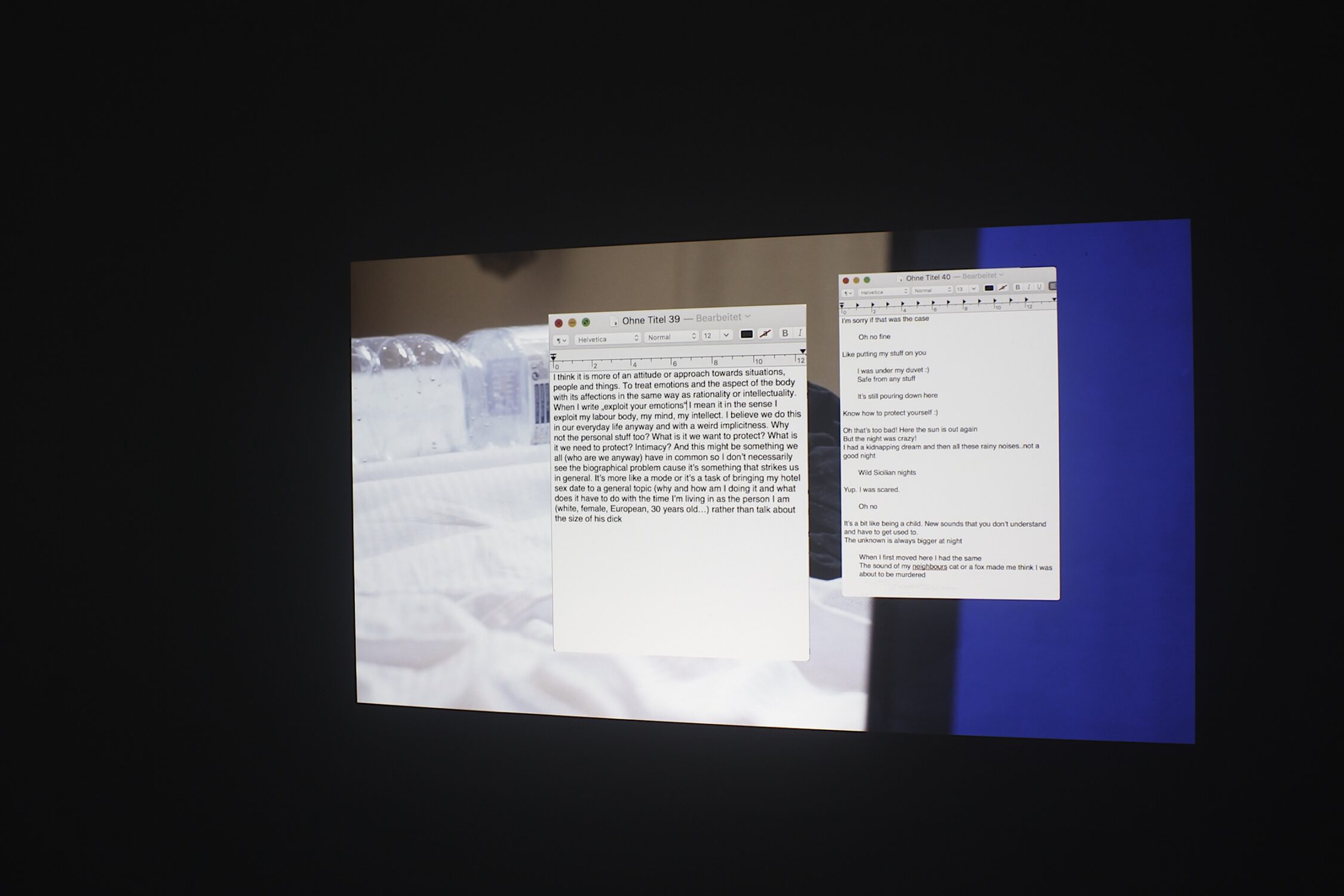 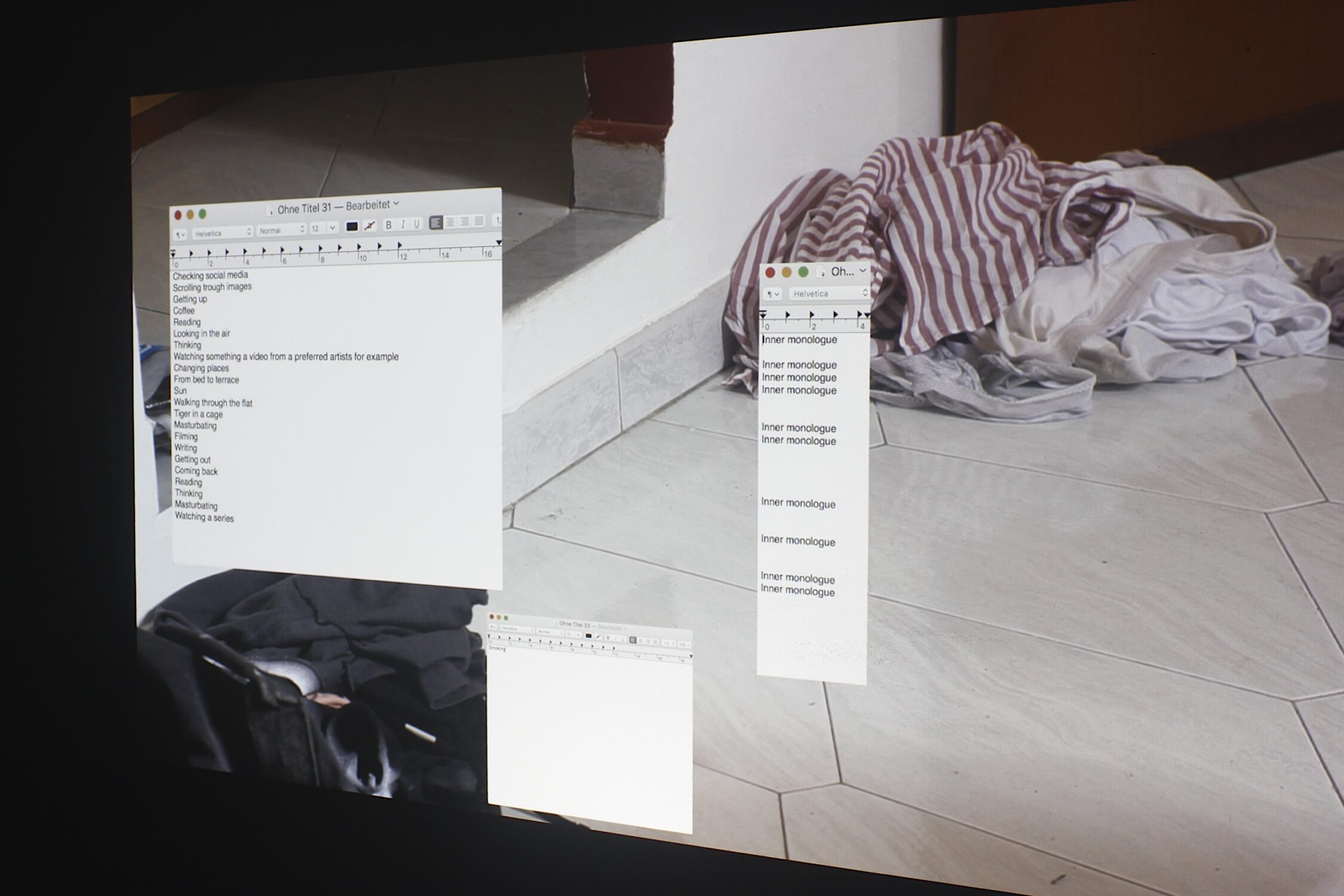 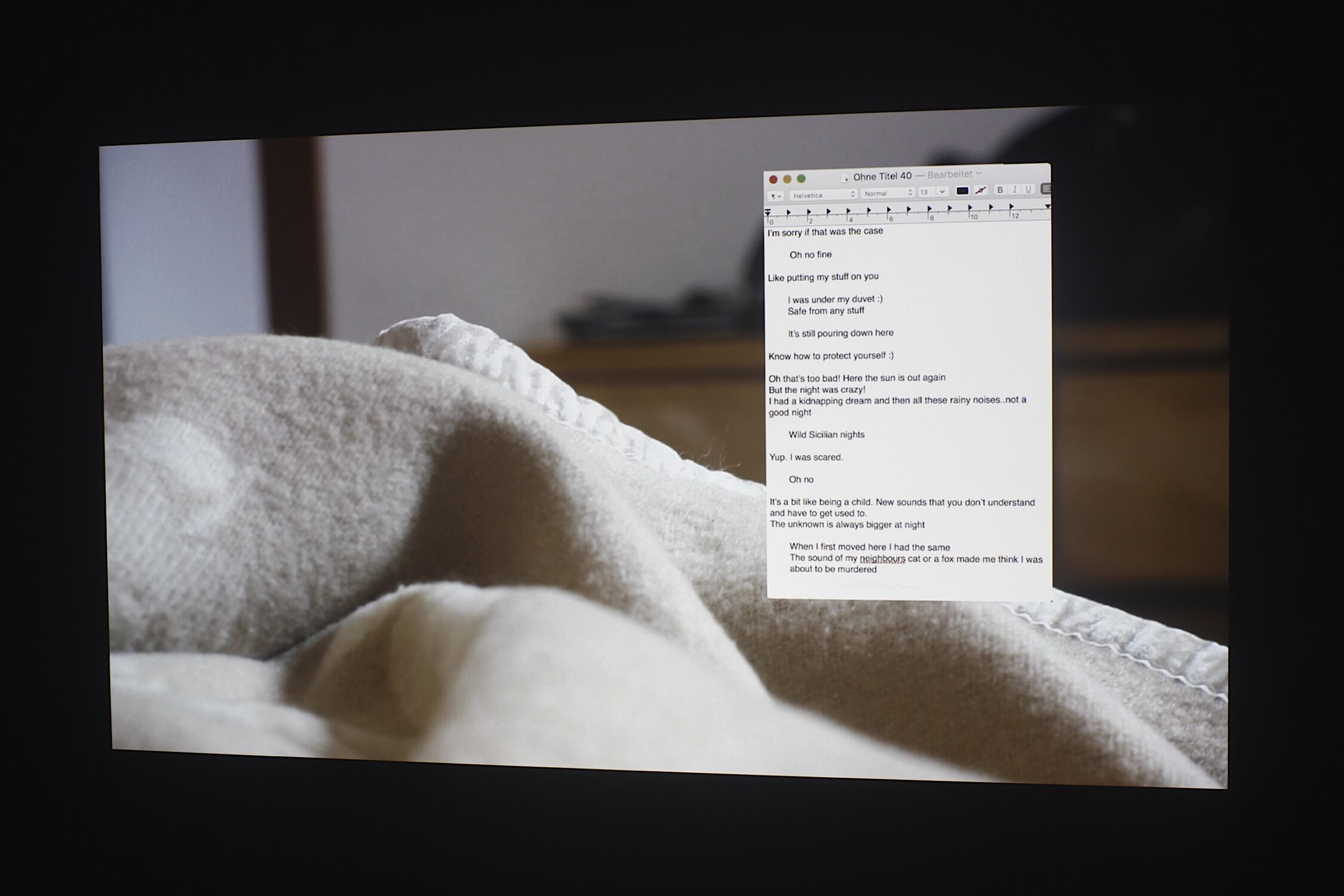 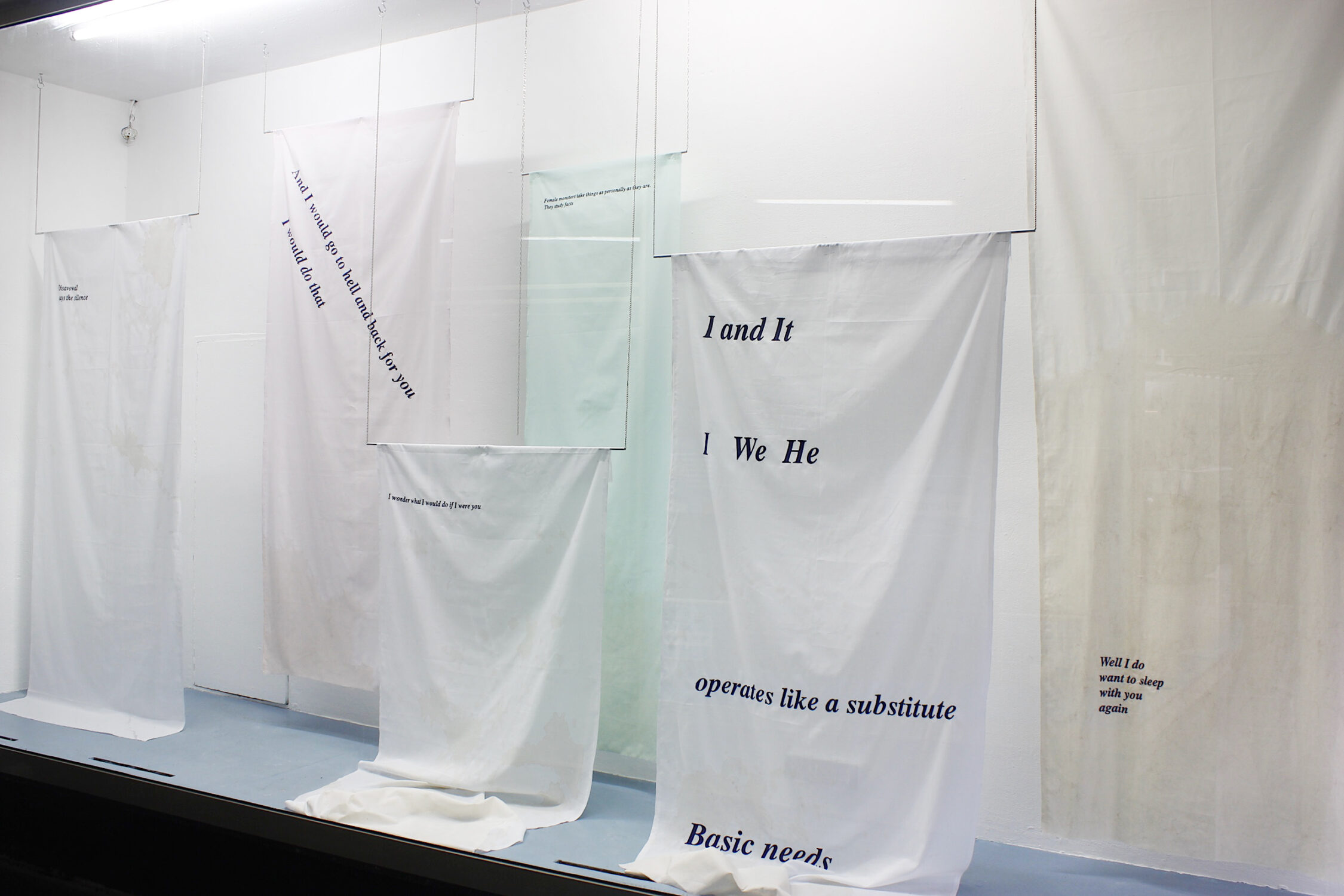 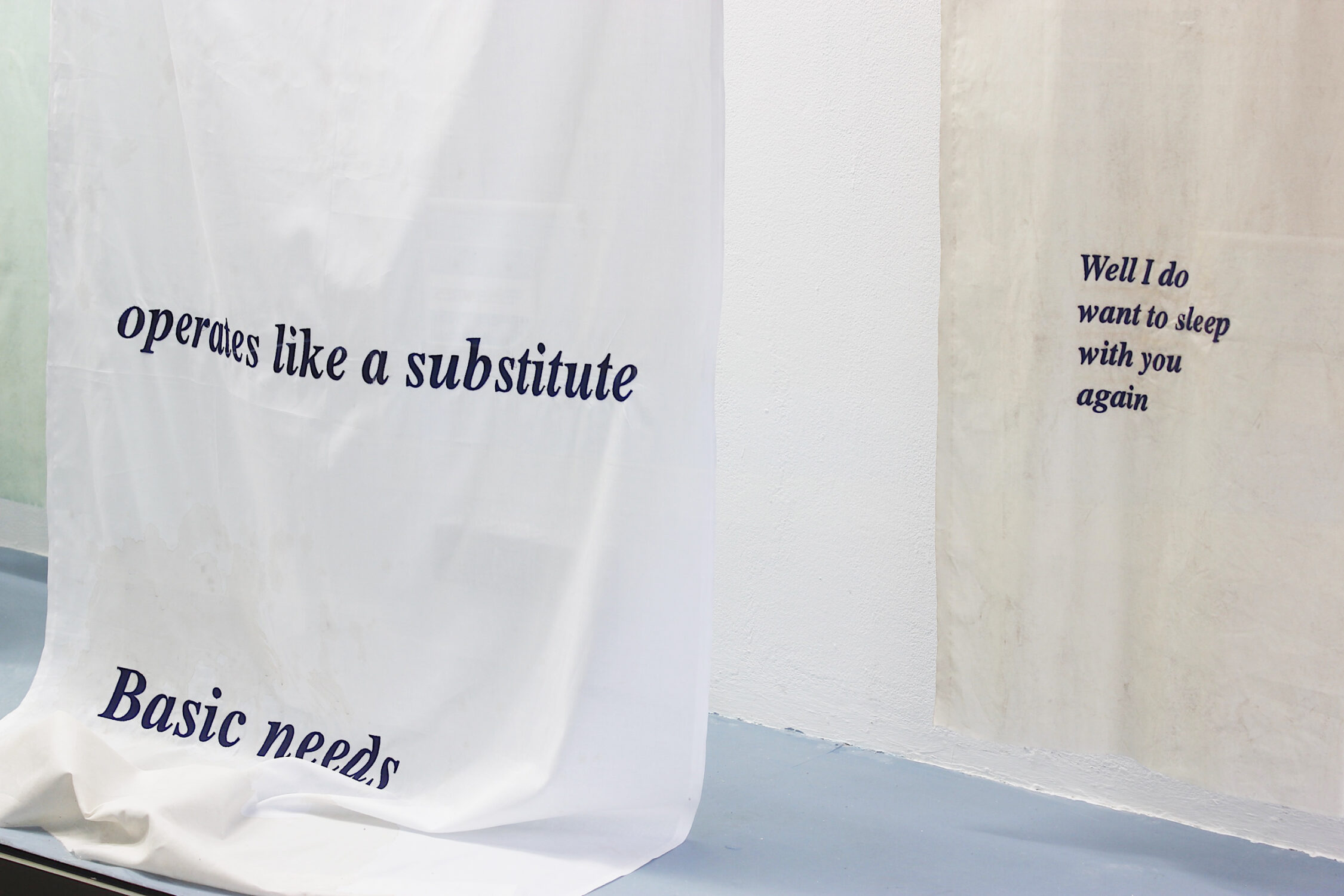 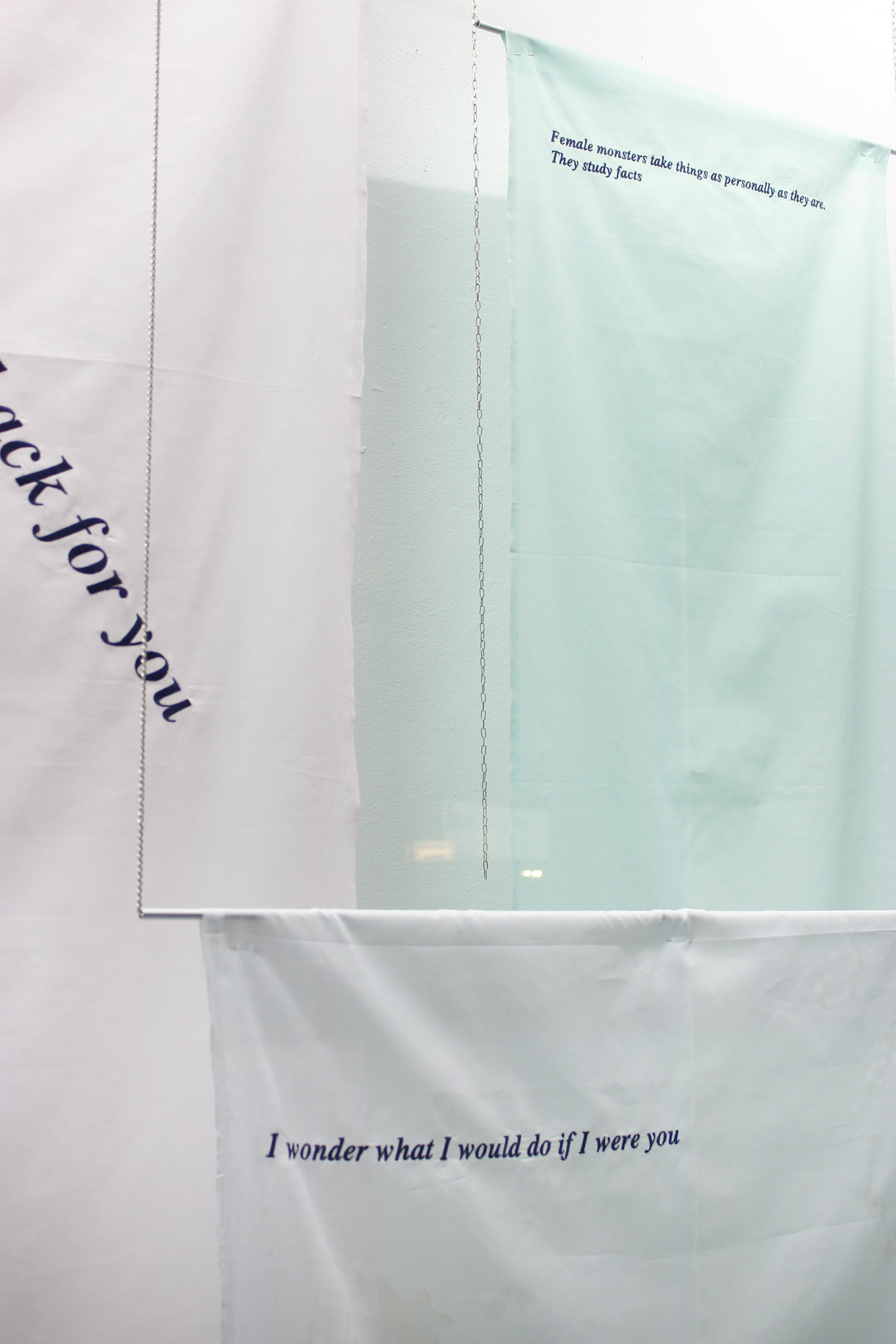 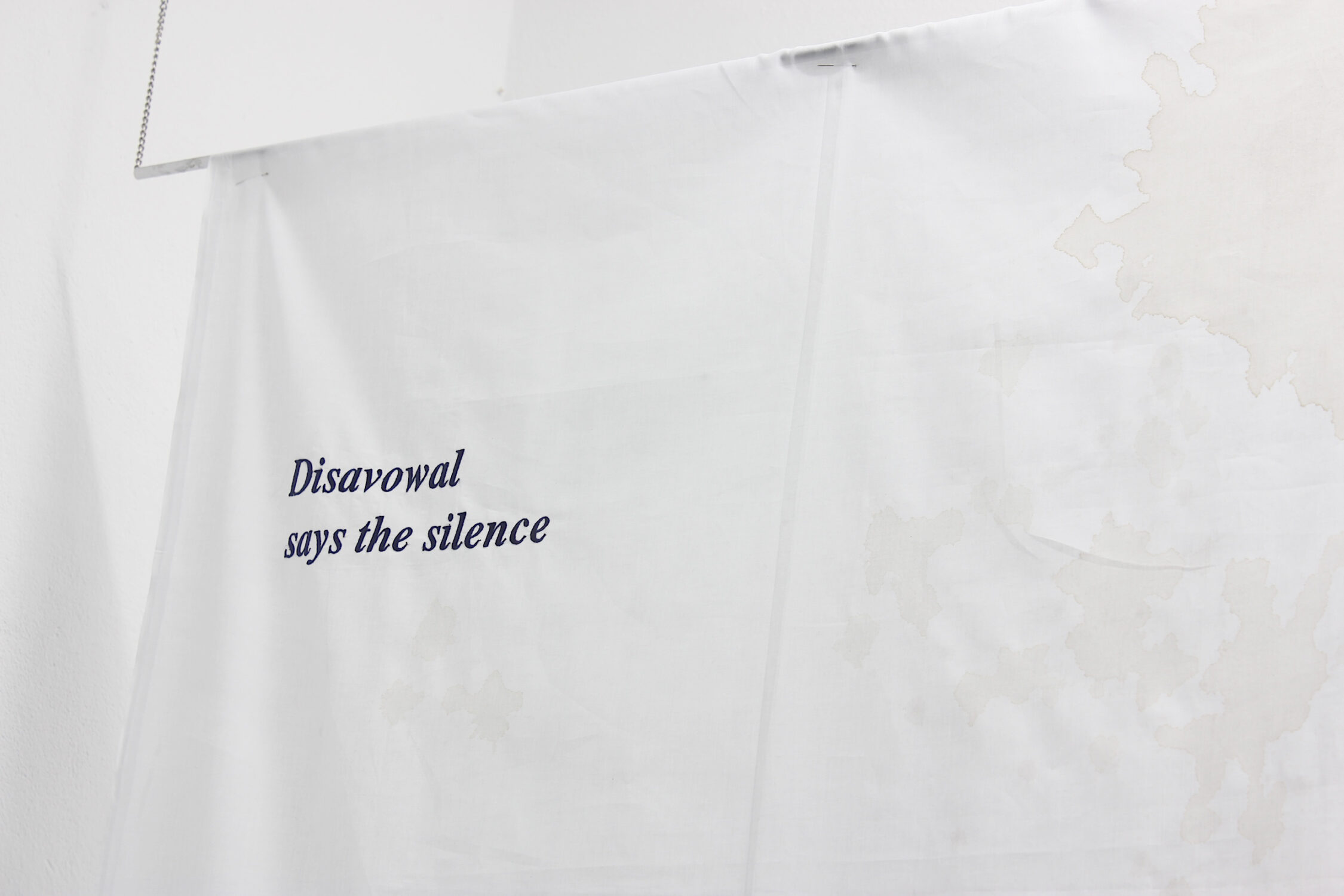 One month in Palermo, October, in the year of Manifesta XII and of Italian Capital of Culture, Franca Scholz spent it on the threshold, on the crest of places, bouncing in the frenzy of the city, between exhibitions and events and the unavoidable apathy of the day after. Invited by the Verein Düsseldorf Palermo e. V. and the Kulturamt of the city of Düsseldorf, the German artist lived the city in its alleged most expressive moment, shortly before the curtain came down. In the works produced during the residency in Palermo, the artist focus her attention on what lies behind the curtain, when the exterior begins to thin out and the inside is revealed by the elements that compose it. The interieur is the basis of Scholz’s poetics, both the physical one, the interior of the apartment where she lived for a month, and the one related to the private sphere of feelings.  The two spheres overlap and exchange roles each other, such as in the video Unsteady State where the camera’s eye lingers on the elements that bear the traces of the artist’s presence. The bathroom shelves, the kitchen table, the bed, everything is unmade and left in disorder. As the images flow the artist’s thoughts flow with them, they overlap in intimate texts, unconnected with each other. Fragments of streams of consciousness that in turn approach and differentiate in the size of the font, sometimes so small that it cannot be read. They seem monologues whispered in the silence of an empty house, as if the traces left in the house keep the memory of scattered thoughts made in the presence of the recorded objects. Other fragments of thought return in the series of textiles It’s for the soft baby butts, presented as banners. Here the thoughts are shorter, similar to intimate slogans, personal mottos, such as quick notes collected during the day. They seem phrases that echo in the head of those who formulate them, endlessly repeated in search of a meaning, or of a secret code, that reveals an arcane meaning. In reality the meaning seems to lie with the importance of the banal, in those quick thoughts destined to get lost in the daily frenzy. 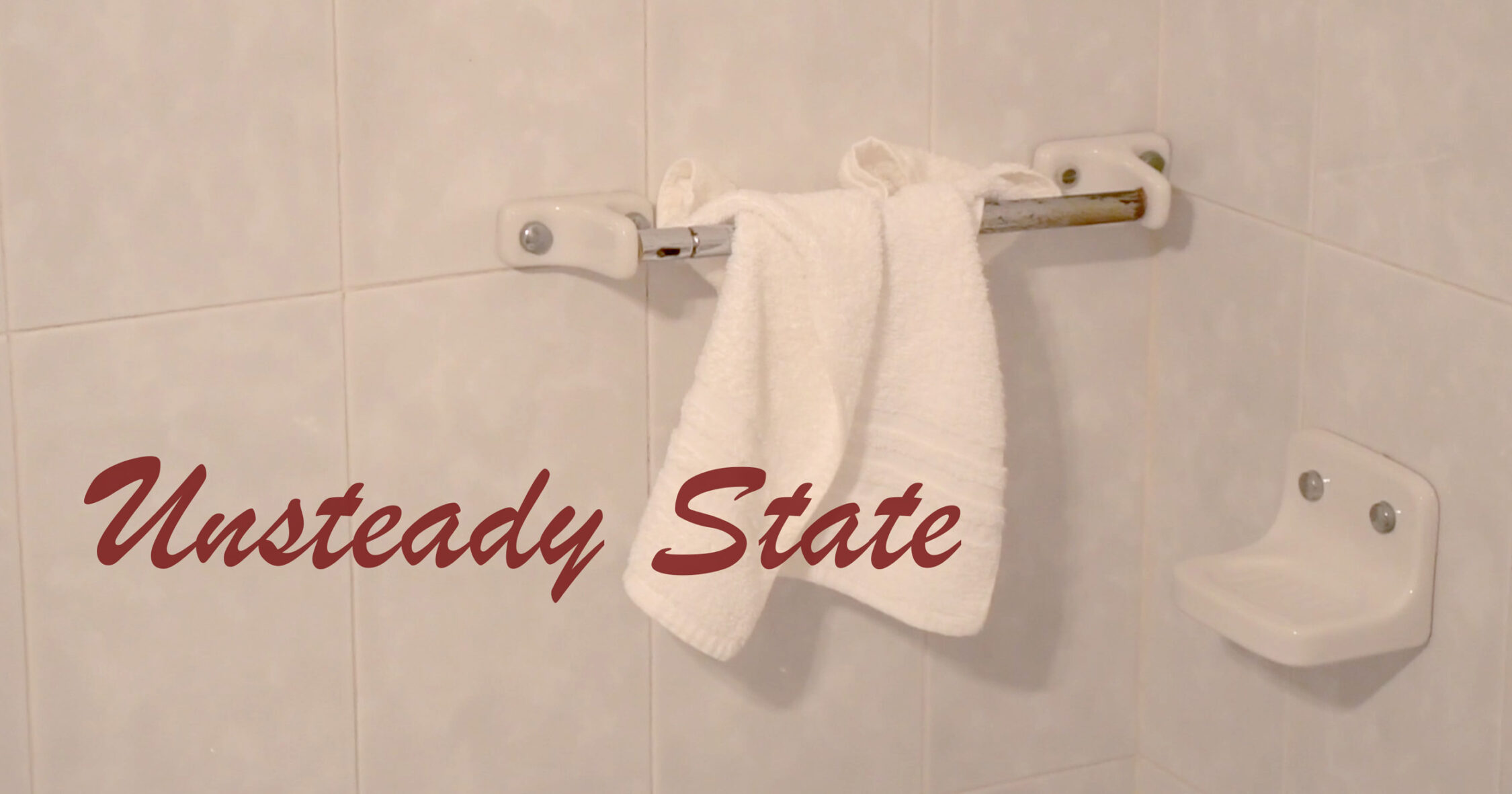